Puentes de Salud is founded on the principles of Social Determinants of Health and Social Justice. We believe that community health, wellness, and empowerment result from a collaborative, multidisciplinary effort to address the conditions in which we grow, learn, live, work, and age. These conditions influence an individual’s quality of life and the development of the community as a whole. Puentes de Salud aims to improve community and individual health and wellness not only by providing immediate services, but also by acknowledging and challenging embedded social inequalities and injustices.

Puentes de Salud works in partnership with community members, local public schools, universities, governmental institutions, and other nonprofit organizations to address the adverse structural, economic, and social conditions that profoundly affect the prosperity of this community. At Puentes de Salud we are challenging the idea that deep and long-standing inequalities are acceptable realities within our society. We are not only re-imagining but also fostering an environment in which our vision of equitable access to health care, education, and empowerment exists.

Puentes is at an exciting crossroads as we welcome our new Executive Director in an environment of extraordinary programmatic growth over the last 2 years, paired with a reservoir of untapped opportunities and a significant leadership transition. Steve Larson has retired from active management of Puentes but will remain on the Board of Trustees as the organization’s guiding light and will continue his volunteer service as an attending physician at the Clinic. Esther Morales, the Managing Director, also recently transitioned out of the organization leaving a strong internal foundation ripe for the future. As our new leader, Orfelina will work in collaboration with the Puentes Board and our energetic, committed, and highly effective staff, within our strong volunteer and community engagement model.

We again offer our heartfelt thanks and gratitude to both Esther Morales and Steve Larson for their years of dedicated service to Puentes. We remain indebted to Steve for continuing to share his time, talent, and vision as a member of the Board of Trustees and as an attending physician at the Puentes clinic.

Orfelina will begin her new position on Monday, January 3rd. Until then, Marta Rubin Kiesling will remain as interim Executive Director, and will work with Orfelina and the Board through January 14th to support the transition. Orfelina has spent the past 25 years dedicated to her life’s mission: combating social injustice through education and wellness. With a personal identification fostered by her real-life experiences of trauma, poverty, and discrimination, Orfelina brings a passion for applying strategic, yet thoughtful, initiatives that promote the empowerment and overall welfare of communities habitually treated with disregard.

Orfelina joins us after serving for almost 18 years in various positions at Community Behavioral Health (CBH), the primary contracted behavioral health provider for the City of Philadelphia and a key partner in Philadelphia-based health initiatives. As the first Latina Director within the City of Philadelphia’s Department of Behavioral Health & Intellectual DisAbilities, she most recently served as Senior Director of Member Services at CBH where she was responsible for a budget of $3M and supervised a staff of 51 people.

Orfelina began her work at CBH in Member Services, serving on multidisciplinary workgroups and conducting in-person outreach to individuals who were unhoused, afflicted with severe mental illness, suffering from substance use, and/or immigrants and refugees. She subsequently served in CBH’s Clinical Operations, Compliance Personnel Review, Provider Operations and Data Analytics departments. Armed with a breadth of understanding about business operations, Orfelina opted to return to Member Services in 2016 in a management role, using her eagerness to apply business management strategies to support Philadelphia’s diverse communities.

In 2017, Orfelina led an employee resource group called “VOCES”, aimed at bridging communication and educational gaps between impoverished communities and the Medicaid system of Philadelphia. That same year, Orfelina coordinated CBH’s strategy and staff resources in support of the Mayor’s “Task Force Response to Combat the Opioid Epidemic, in addition to other City and CBH ground level initiatives. As Orfelina expanded in her roles, she ensured increased access to language resources for some of the most vulnerable Philadelphians. She facilitated successful partnerships between a network of providers and the City’s Office of Immigrant Affairs, the Behavioral Health and Justice Division, the Department of Human Services, the School District of Philadelphia, the Family Resource Network, and the Community Satisfaction Team. As a result of her ability to build and sustain collaborative relationships, Orfelina was the recipient of the Grapevine Award from the Philadelphia Commissioner of the Department of Behavioral Health and Intellectual DisAbilities in 2019.

A strategic and servant leader, Orfelina transformed the culture of the Member Services Department and strategically aligned department resources using Six Sigma and business process designs. Her genuine investment in people and thoughtfulness in strategy ensured the Department reached 100% of state compliance standards within two years of her leadership. During her tenure, Member Services shifted from manual to electronic documents, developed the first CBH Member Newsletter, distributed the first Member Experience Survey and trained to begin piloting a chat function on the CBH website. Most recently, Orfelina led efforts toward Multicultural Health Care Accreditation through the National Quality Council for Community Behavioral Health. Her work ensures an increase in language access services and standards as well as the development of a Consumer Council, ensuring the inclusion of member voices as part of the ongoing standard of care.

In addition to her role as Senior Director of Member Services, Orfelina served as the Disparity Mitigation and Language Access Co-Chair for the City of Philadelphia’s Department of Behavioral Health. In these roles, she facilitated and participated in workgroups focused on listening and advocated for the inclusion of member voices, standards of care and the need for diversity, equity and inclusion at all levels of functioning in the organization. Proudly born and raised in the South Bronx of New York, Orfelina has lived in Pennsylvania for over 20 years. She has a bachelor’s degree in Applied Psychology from the Pennsylvania State University and a master’s degree in Business from Gwynedd Mercy University. She has also earned a Business Process Management Certification from Villanova University and Six Sigma Green Belt Certification. Recently, Orfelina has been accepted into a doctoral program for marriage and family therapy at Eastern University.

Orfelina prides herself on being a woman of faith, a systemic thinker and an agent of change. She is the proud mother of two wonderful boys and wife to her amazing college sweetheart. Her friends and family affectionately call her by her nickname, Lina. 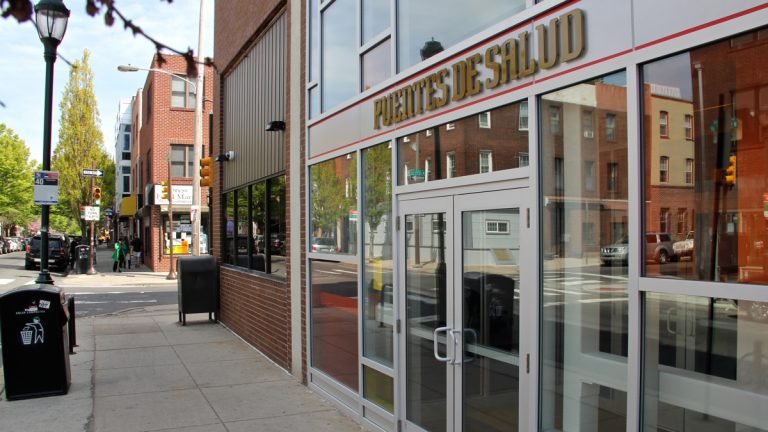